Home Screenshot of the Week Balamore shanal – Prepare to die

Kael’thas Sunstrider’s quest for power is only matched by his penchant for the dramatic. His boss fight in Tempest Keep: The Eye is bright, flashy, and of course involves several phases of minions fighting for him before he bothers to fight himself. While difficult, it was an enjoyable boss fight at-level, especially being able to equip and fight with the legendary weapons after he sent them out to attack you. 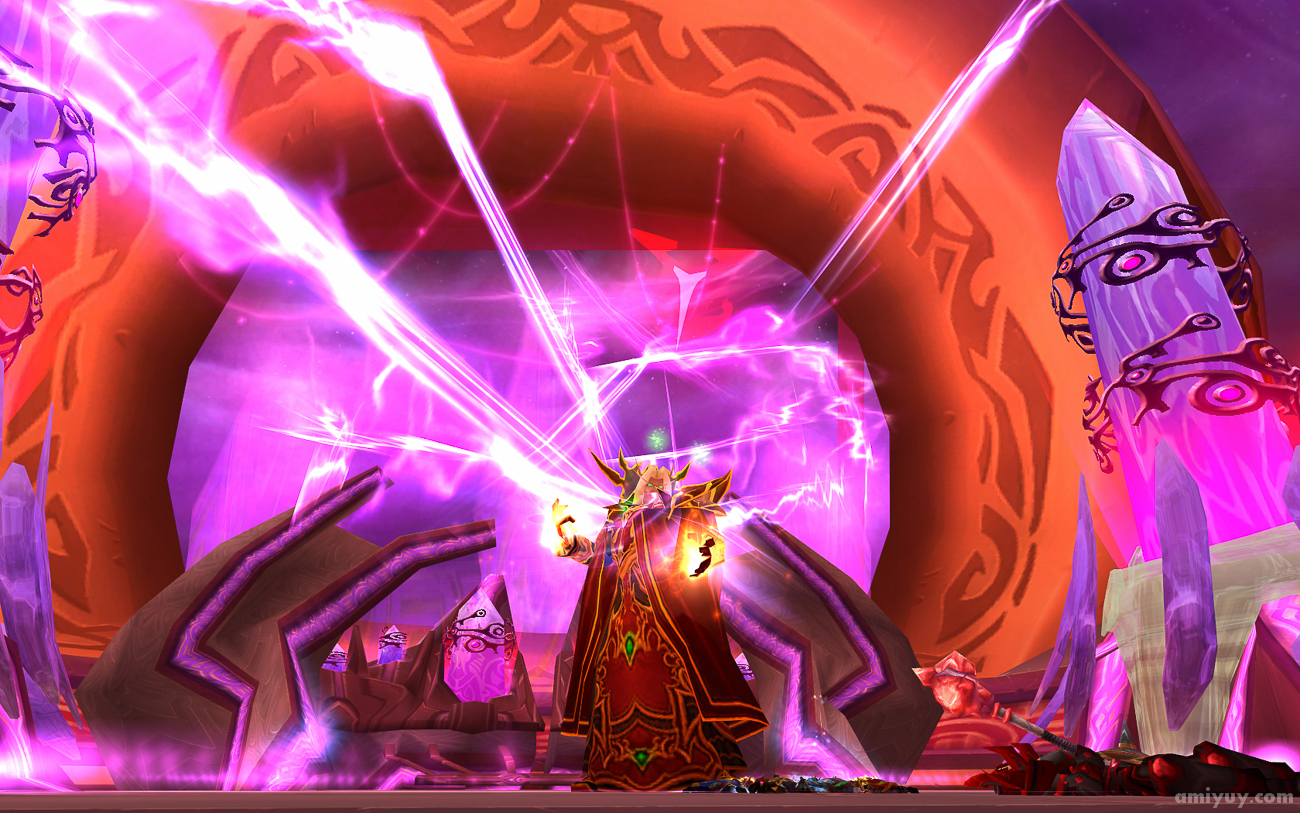 (Phrase translation of the title from the Thalassian discussion page of WoWWiki.)