Eye-catching events or yelled recognition in the capital cities have become the norm for large player achievements.

As an Alliance we had the march through Stormwind to confront Lady Katrana Prestor as part of the Onyxia’s Lair attument questline. This march ended with an epic battle in the throne room of Stormwind Keep when Prestor revealed herself to be Onyxia in disguise. (Gallery) 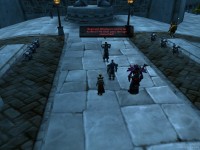 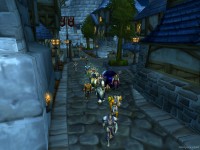 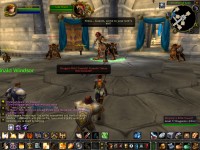 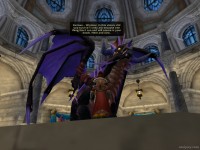 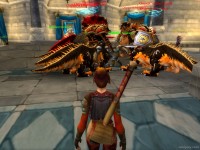 Once attuned to both Onyxia’s Lair and Blackwing Lair and then successfully killing the mighty dragons, the victorious heroes would then bring Onyxia and Nefarian’s heads to Lord Bolvar (Alliance) or Thrall (Horde). They would then send you to the city gates to have the head(s) displayed and your victory proclaimed. All players in the city would also be buffed with with Rallying Cry of the Dragonslayer. 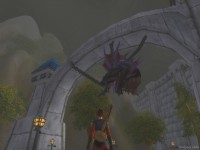 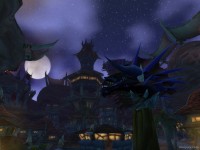 I’m Not Dead Yet

In Tempest Keep we fought Kael’thas Sunstrider with legendary weapons, defeated him, and took one of his Verdant Spheres. When the sphere was given to A’dal in Shattrath, he granted A’dal’s Song of Battle and an image of Kael’thas appeared to taunt us for not finishing the job.

Wrath of the Lich King

In Northrend we stopped the destruction of the world by preventing Algalon from sending Reply-Code Omega (requesting planetary reorigination). Instead he provides Reply-Code Alpha (signalling ‘All is well’) which is then given to Rhonin in Dalaran to be transmitted. This transmission triggers an impressive light show.

A permanent fixture was added to Dalaran when the first players on a server defeated the Lich King. The Dedication of Honor is a golden statue featuring Tirion Fordring at the top with Ashbringer, four soldiers of the Alliance and the Horde, and a bust of the shattered hilt of Frostmourne. A plaque at the front of the statue can be clicked and plays the end cinematic from the raid. 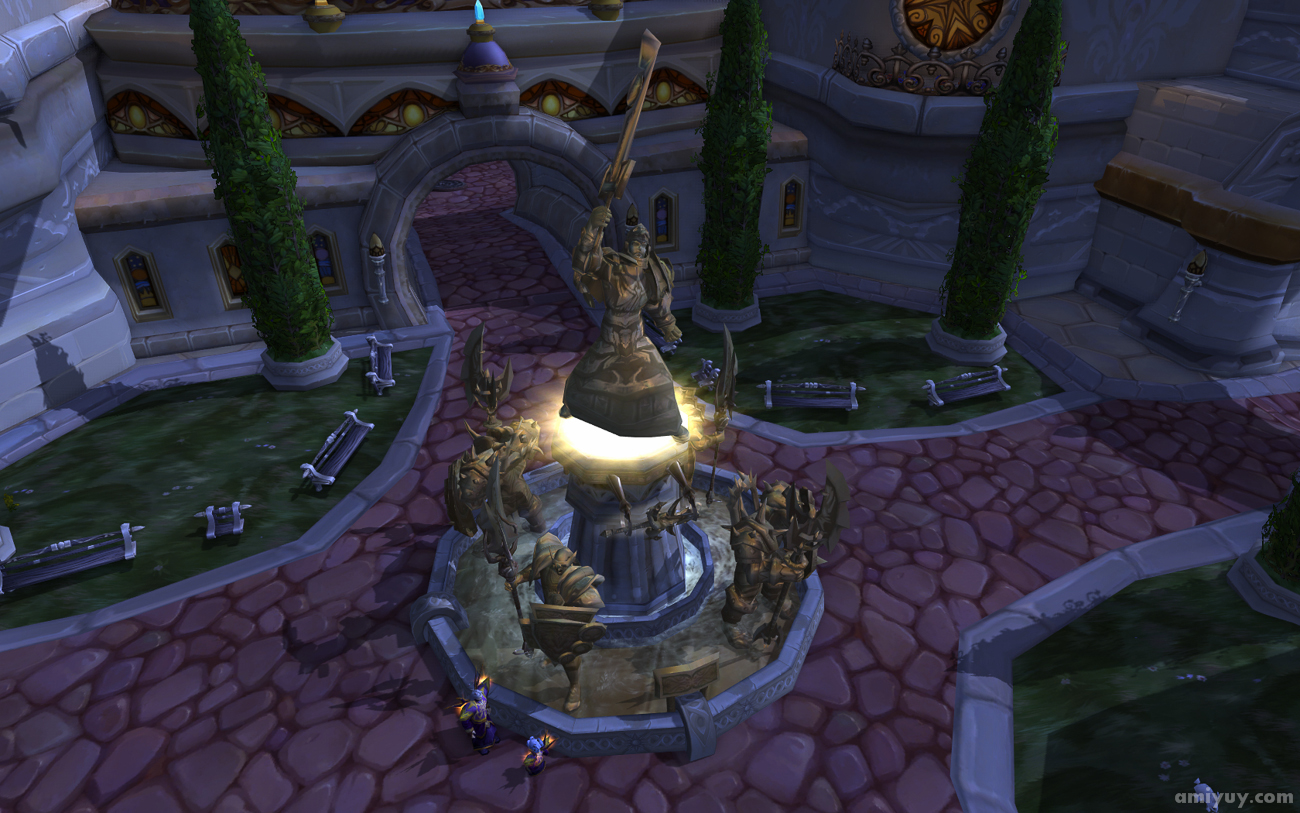 Rediscovered in Icecrown, Quel’Dalar needed to be reforged in order to be used to help defeat the Lich King. When players found a Battered Hilt in the Frozen Halls, they could begin the chain and eventually receive a version of the blade as their own. While most of the quest chain takes place in Dalaran or Icecrown, the final leg involves a trip to purify the newly reforged blade in the Sunwell before being commended in Dalaran by Vareesa Windrunner.

With a gorgeous light-show in Stormwind or Orgrimmar, a player gains their Dragonwrath, Tarecgosa’s Rest. Imbued with Tarecgosa’s essence, the legendary caster staff allows the wielder to to transform into Tarecgosa’s Visage.

For the first time in an expansion, all interested players were able to gain legendary items. Through use of the Looking for Raid system and the overall accessibility of the content, players were rewarded with a legendary weapon socket (Eye of the Black Prince), then a legendary meta-gem, and finally a legendary cape suited to their chosen specialization. When a player had proven their worth many times over to Wrathion, they were rewarded with the cape, their likeness was displayed at Mogu’shan Palace, and a zone-wide yell proclaiming their accomplishment rang out over the Vale of Eternal Blossoms.