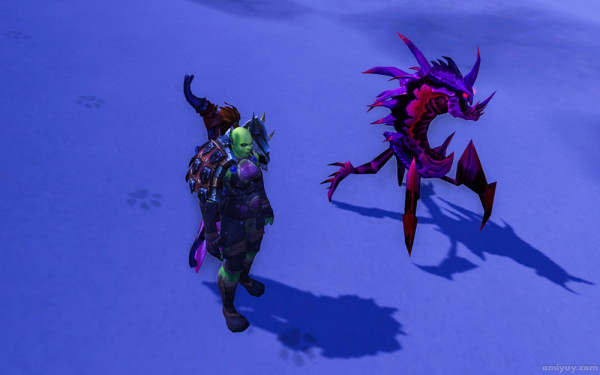 The character I created was a female Orc hunter which I specced into Beast Mastery.  After setting up her bars and keybinds to be the same as live, I have noticed no difference in how she plays versus my live hunter.  Even in the pre-made ilvl 500 gear I have had little to no problems soloing every quest and group quest thus far.  She feels just slightly weaker and has to be just slightly more careful that her pet does not die.  The garrison Call to Arms ability (video) actually helps quite a bit with big mobs.

No more Serpent Sting saves me a button press and gains me a bar space.  No more Aspect of the Hawk gives me another keybind.  The removal of several other buttons also frees up just enough space that the two main bars are actually not completely full for the first time in a very long time for my hunter!

Bloodmaul Slag Mines is the only available dungeon.  I ran it once with a group of randoms, the tank and the other hunter were grouped together.  Unfortunately we did not complete it as the fire elemental Rotall (who throws boulders and fire at your group) killed our healer multiple times before he left.

It was decently interesting for a starter dungeon, with two bosses who expect your group to watch their feet and one who requires killing adds instead of the boss during certain phases (Forgemaster Gog’duh/Magmolatus). 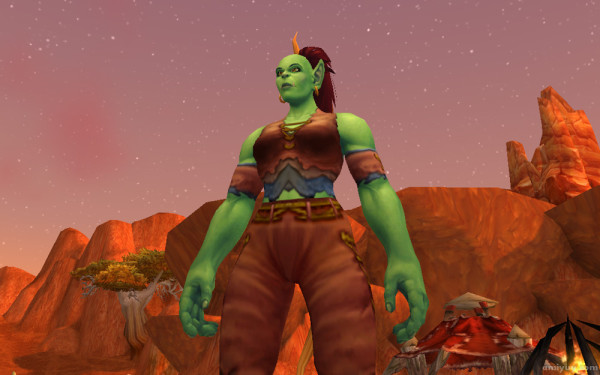 As I do not play an Orc on live, I cannot compare the two.  However, I can say that she felt pretty badass and her hair was gorgeous.  The main complaint I have always had with the Orc females on live was the stringy pixelated hair.

Her run feels pretty good, although perhaps a bit off with a constant 30% speed buff, but as I am not familiar with the live version, I cannot say if it is bad or not.  I love how emotive her face is and how much motion she has overall with her hands, arms, face and mouth.

Playing her has me even more excited to see how the Night Elf females I am so familiar with have been reworked. 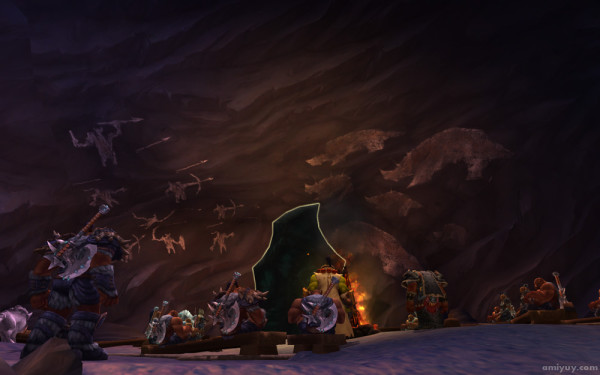 Alpha characters are created at level 90 and start next to a crashed ship at Glacier Bay facing a notice board, Khadgar, Thrall, and Drek’Thar.  Since the alpha is “lacking the Warlords of Draenor intro experience” and I usually play Alliance, it is not exactly surprising that I have not felt connected to the story as it is happening.  Most of the lore characters I recognize by name, but do not know their histories.

I did most of the zone over several days and long play periods.  I did not focus on solely questing for most of the play periods, but rather meandered to explore, break things, look at the interface, or went do a dungeon.

The overall questing experience feels more modular rather than linear, because while there is a story, I have had quests for two different hubs at the same time.  There are also quite a few side garrison or discovery quests (see: grapple hook and Grizzled Frostwolf Veteran above) out in the world which add some flavor into the mix.

However, I have felt like I was doing very little at each hub before having to find new stuff to do.  I do not tend to spend long periods of time at one hub unless I manage to get lost (like I did in Bladespire Citadel after finishing Last Steps).  So to a degree it does feel like a lot of running back and forth between hubs across a frozen tundra.

When my log runs empty I end up hearthing back to my garrison, which breaks up the questing experience quite a bit.  It also seems that garrison is serving as the central quest hub, when you have no more quests, someone at your garrison might have one for you.  The experience is kind of odd, but it does break up the monotony some and allows you to manage your followers and their missions in between questing (30 minute hearth and 30 minute timer on the missions).

Currently it does not feel meaningful to hearth to my garrison to manage missions and then fly to the next quest hub because the missions mini-game is not fully functional. However, that will likely be better when I actually get rewards from the missions.  I hearth back to the garrison simply because I am out of quests or things to do where I am out in the zone, not necessarily because I want to go back there.

The alpha realms were taken down today for a new build. It may be the Alliance zone of Shadowmoon Valley or it may not be, we shall see tomorrow evening.